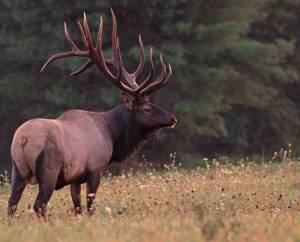 Aaron is survived by his wife Kimy Cooper and their unborn son, Remington, due in February 2022; and his mother Correna Thurston-Cooper, father Ron Cooper, older brother Jared, his wife Jordan, their children Ila and Bowen, and younger sister Krystin and Greg Harris. Never thinking he would ever leave his home town of Las Vegas, Nevada Aaron and his bride of 10 months had recently relocated to Elko, Nevada, where her family also quickly grew to love and adore him, adding him to their family and thus being survived by his in-laws Wayne and Mindy Beckstead and Kimy’s sisters and their families: Kjirsten and Curtis Strong, Kandis and Brent Barton, and Katie and Alex Lemmon. Aaron is preceded in death by Baby Blueberry (March 2021), and his grandparents. Additionally, anyone who ever knew Aaron was considered to be the best of friends and like family.

At 6’4” Aaron was a fun-loving, red-headed gentle giant whose heart was even bigger than he was. Anyone who went to school, worked or played sports with him will remember his endearing and heartwarming smile. He graduated Arbor View High School in 2016, went on to serve an LDS mission in East Las Vegas then worked construction until he got his dream job in mining. His ear-to-ear smile could always be seen while enjoying time with his family and friends, serving others and creating horse-shoe sculptures; and that’s just when he wasn’t out hunting for the best trophy Bull elk possible. Additionally, he has left a rippling effect of love and Christ-like service in everyone who came into contact with him. Aaron will forever be seen by every single person who has ever met him, that they are best friends, always and forever.

Godzilla, Tubs, Coopy, Cinnamon bear, HoneyBunches of Pasta, Bubby, A-A, Double A-ron, Poopy Coopy, Coop, Aaron The Lion: You were too good for this world! You are so loved and even your Crocs will be missed.

At the request of the family, in lieu of flowers, please consider donating to Kimy and Remington. Links and addresses are available through either side of the family.

Aaron will be laid to rest in Mesquite, Nevada with internment services to begin at 3pm, also on October 2nd.

The family invites you to leave a message or memory in their Guest Book at www.virginvalleymortuary.com

To send flowers to the family or plant a tree in memory of Aaron Richard Cooper, please visit our floral store.