Share a memory
Obituary & Services
Tribute Wall
Read more about the life story of Bud and share your memory.

Bud served in the US Army in the 82nd Airborne Paratrooper Division.  He would serve his four years state-side at Ft. Bragg, North Carolina.  Afterwards, would return home to Moapa Indian Reservation to marry his childhood sweetheart Lavinia Tom.  They would have celebrated their 60th wedding anniversary this November.

Bud worked for the Union Pacific Railroad for almost 10 years and later was a Heavy Equipment Operator for the Apex Gypsum Plant; the Nevada Test Site and a member of the Operating Engineers, Local #12.  He would have a hand in building many residential developments in the Las Vegas Area, such as Lake Las Vegas, Summerlin, Seven Hills, Anthem, McDonald Ranch and other iconic hotels, casinos and other major developments during the Las Vegas growth boom.  He retired in 2001.

After he retired, he became a great influence in the native community and would never hesitate to provide his service of prayer or speak at an event for schools, church and other state agency events and was actively involved in preserving the Paiute language and culture.

He touched and enriched so many lives in his unique way.  He always had a story to share, had a great sense of humor and loved to laugh.  His family was truly blessed to have such a great example of a devoted and loving husband, father, grandfather, brother, uncle, cousin and friend.  Although, we grieve the physical loss, Bud Myers was a man of faith and by this faith, it gives us peace.

A public viewing will be held at the Las Vegas Paiute Indian Colony at 1316 Sackett St., Las Vegas, NV on Thursday, September 2, 2021 from 5-8 pm.  Viewing services will be held on Saturday, September 4, 2021 10:00 a.m. MST at the Pine View Mortuary, 566 N. Mall Dr., St. George, Utah, with Funeral services at 11:00 a.m. MST.  Interment to follow at the Shivwits Indian Reservation, Utah. Live-stream services may be found at Bud Myers Memorial Facebook Group. The family invites you to leave a message or memory in their Guest Book at www.moapavalleymortuary.com.

To send flowers to the family or plant a tree in memory of Bud Myers, please visit our floral store.

Video is available for this event 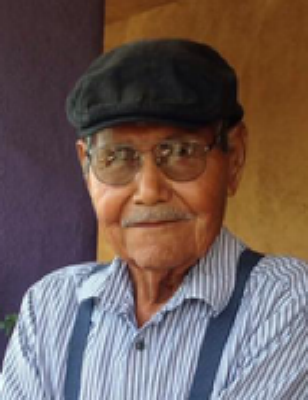