Share a memory
Obituary & Services
Tribute Wall
Read more about the life story of Gayle and share your memory.

Gayle Marie Thiel, 73, passed away on December 17, 2022 in St. George, UT with her children by her side. Gayle was born in Tacoma, WA to Johnnie Francis Hoffman and Ramona Schmidt. She shortly moved to Ogden, UT where she was raised by her mother and step-father, Ken Stamback. She graduated from Clearfield High School and soon married Wayne Genta. They were stationed in Germany (where she developed her extreme fear of flying) when she gave birth to their first daughter, Cher. After returning to the states, she had three more children, Clint, Cymantha, and Christa. She attended Beauty School and ran her own salon. She and Wayne divorced after 15 years. She married Randy Thiel in Las Vegas, NV on April 29, 1985. They later moved to Logandale, NV.
Gayle was always an animal lover. Her dogs, cats, birds, and goat made her happy but when she got her horses, she truly found her love. Her three horses were a childhood dream come true. She was heartbroken when she could no longer care for them.
In her 30’s and 40’s she enjoyed bowling, camping, skiing, boating, riding her 4 wheeler, and always had a love for the penny slot machines. She was a very lucky player and was so proud when she would hit the jackpot. Gayle loved her four children deeply. She had a great sense of humor and was always teasing and joking.
She is survived by her husband, Randy Thiel; her children, Cher (Michael) Prothero, Clint Genta, Cymantha Martinez, and Christa (Jacob) Sims; her grandchildren, Colbie, Cursten, Regan, Remy, Ryan, Emery, Gabrielle, Presley, Stella, and Grey; her great-grandchildren, Lily, Caprie, Cadence, Jamie, and another due in 2023; and her siblings, Johnnie and Jody. She is preceded in death by her parents, and her siblings, Marcia and Cathy.
A Celebration of Life will be held at a later date. The family invites you to leave a message or memory in their Guest Book at www.moapavalleymortuary.com.

To send flowers to the family or plant a tree in memory of Gayle Marie (Hoffman) Thiel, please visit our floral store. 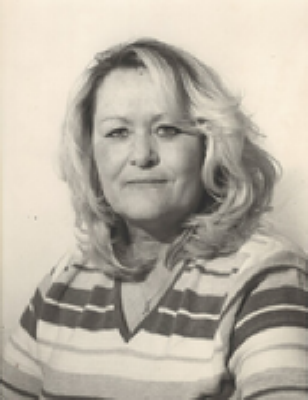 Family and friends are coming together online to create a special keepsake. Every memory left on the online obituary will be automatically included in the book.

You can still show your support by sending flowers directly to the family, or by planting a memorial tree in the memory of Gayle Marie (Hoffman) Thiel
SHARE OBITUARY
© 2023 Virgin Valley & Moapa Valley Mortuaries. All Rights Reserved. Funeral Home website by CFS & TA | Terms of Use | Privacy Policy | Accessibility