Share a memory
Obituary & Services
Tribute Wall
Read more about the life story of Melvin "Mel" and share your memory.

Melvin Wallace Watkins passed away Friday, January 20, at the age of 84. True to his stubborn nature, he died in his home in the same room as his sweetheart, Barbara, twenty-two years before.

Although Mel claimed to be a Montana native, he was born to Edna Luella Gibson Watkins and Wallace Lloyd Watkins on February 7, 1938 in Belle, California. He grew up in Conrad, Montana, and became the man of the house at age seven. Mel loved his baby sister, Gayle, and cared for her and his mom. Their family grew when his mother married Edward Hager, the dad and grandpa we knew and loved.

Mel was a football and track star in high school and held several Montana state track records. While he struggled with grades, he excelled in relationships, especially with pretty girls, and was voted “Chief Many-Loves,” and boy, did he live up to that!

Mel received a football scholarship to the University of Montana but left after the football season ended and enlisted in the army.

Mel married Shirley Davis in 1960, and they had two children, Rhonda Jean and Randall Dean. They later divorced. Mel was married to Linda Covington for a short time, with whom he had another son, Lance.

Mel began his career in sales working for Sears in Las Vegas, where he received “Salesman of the Year.” Sales were his talent, and he started selling cars when he moved to St. George. He became general manager at St. George Ford, where he mentored many salesmen, servicemen, and car enthusiasts.

Mel’s love for baseball led him to coaching, and he mentored many little leaguers in the 1970s.

In 1976 Mel married Barbara Hirschi Empey, who had four children. While joining families was challenging, they made it work. Mel cherished the role of stepdad, and he and Barbara welcomed a daughter, Melanie, in 1978 to their “Brady Bunch” family.

After leaving St. George Ford, Mel bought and sold commercial real estate. His specialty was hotels. Mel owned several hotels and used that experience to launch an innovative commercial housekeeping business, “Guest Room Services.” He and Barbara employed many people with whom they had lasting friendships.

Mel and Barbara worked hard and had big plans for after retirement, but their plans changed when Barbara became terminally ill. Mel cared for Barbara until she passed in 2000. While Barbara’s loss devastated Mel, he managed to carry on her family traditions as grandchildren came and the family grew.

Chief Many-Loves needed a partner and found Sherilee Lewis, who sweetly blessed his and our lives, bringing her five children to the party. They were married for five years and remained friends until the end. Mel later married Christine Williams, and we added her daughter to the team.

After a short retirement, Mel returned to real estate as a mortgage broker and then to his natural talent of selling cars at Premier Auto, where he made more friends. Mel was a hard worker, from his first job at 13 peeling potatoes for his mom’s restaurant to selling his last car sale at age 82. He fought off retirement but finally hung up his salesman cap in 2021.

Mel spent his final years watching sports, texting too much, and eating out at St. George’s finest establishments with family or friends while harassing waitresses.

A celebration of Mel’s life will be held on his 85th birthday on Tuesday, February 7, 2023, at 11:00 a.m. at Metcalf Mortuary, 288 West St. George Blvd, St. George, Utah. Visitation will be prior to the services from 9:00 a.m. to 10:30 a.m. Interment will follow the services in the Downtown Cemetery, 650 East Tabernacle Street, St. George, Utah.  The family invites you to leave a message or memory in their Guest Book at www.moapavalleymortuary@gmail.com.

To send flowers to the family or plant a tree in memory of Melvin "Mel" Wallace Watkins, please visit our floral store. 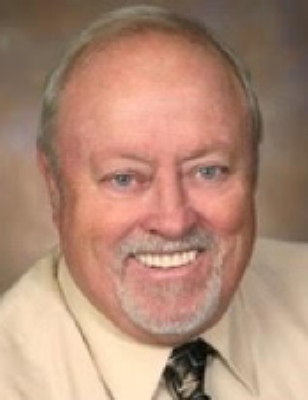