Share a memory
Obituary & Services
Tribute Wall
Read more about the life story of Robert and share your memory.

Robert Albert Woolston, age 91, he died peacefully surrounded by his loved ones on Tuesday, November 1, 2022 at his home in Logandale, Nevada. He was born November 11, 1930 in Staten Island, New York to Robert Frederick and Christina Marguerite McCarthy Woolston.  On November 30, 1953 he married Irene Therese Galbis in Staten Island, New York.  She preceded him in death on March 8, 2015.
Robert grew up in Staten Island until his family moved to Florida as a youth.  He lived in New Jersey and Indiana before entering the US Army during the Korean Conflict.  After serving his country, he moved his entire extended  family to California in hopes of working construction.  After relocating to Las Vegas for 14 years, they made their home in Moapa Valley in 1971.
Robert was an exceptional carpenter, craftsman and cabinet maker.  He operated a construction company with his sons as they built many homes in the valley.  He was a ham radio operator and enjoyed building computers and working with electronics.  He was very intellectual and a devout Christian.  He taught his children to “always do the right thing”!  He authored the book “One Man’s Journey”, the story of his deep conversion and commitment to Jesus Christ.
Survivors include three sons and four daughters: Ted (Debbie); Therese Flynn both of Logandale; Dan (Kelli) of Henderson; Loretta (Kevin Peterson) of Logandale; David (Lisa) of Henderson; Lisa (John) Gayer of Las Vegas; Christina (Donnie) May of Henderson; 24 grandchildren; 29 great grandchildren and 6 great great grandchildren and one sister, Gloria Holbrook of Edina, MN, also nieces and nephews and special niece, Linda Monk, who was like a daughter to him.  He was preceded in death by on grandson, Dylan and three sisters, Virginia, Lucille and Carolyn.
A visitation will be held Tuesday, November 8. 2022 from 6 - 8 p.m. with the Rosary beginning at 7 p.m. at the Moapa Valley Mortuary .  There will be a second Rosary beginning at 9 a.m. on Wednesday, November 9th at the St. John’s Catholic Church, Logandale, Nevada. A Funeral Mass will be celebrated at 10 a.m. at the church.  Interment will follow in the Logandale Cemetery.  Friends and family are invited to sign our online guest book at www.moapavalleymortuary.com

To send flowers to the family or plant a tree in memory of Robert Albert Woolston, please visit our floral store. 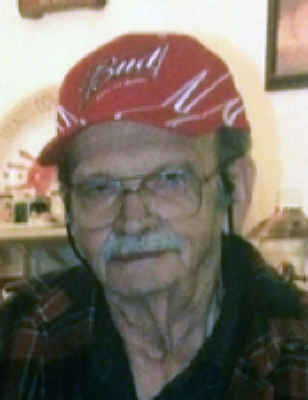